The iCAP 2020 objective 3.4.2 is to "Continue to implement the 2014 Campus Bike Plan." The responsible campus unit for championing this objective is F&S.

Members of the campus community are welcome to submit comments and feedback via the online Campus Bicycle Feedback Form.

The benefits of a bicycle friendly campus are many. As a mode of transportation, bicycles provide solutions in the areas of safety, sustainability, cost savings, mobility, health and wellbeing. The University of Illinois at Urbana-Champaign was one of the first campuses in the nation to adopt a bikeway network when the first bike paths were constructed here in the 1950s.  Since that time, funding cutbacks have led to degraded and disconnected pathways, outdated and insufficient bicycle parking, and limited support for bicycle services and programs. Despite these setbacks, bicycle ridership has grown at the University of Illinois in the last decade, and is expected to continue to grow in the future, creating a great need for reemphasis on engineering, education, enforcement, encouragement, and evaluation for bicycle-friendly improvements. 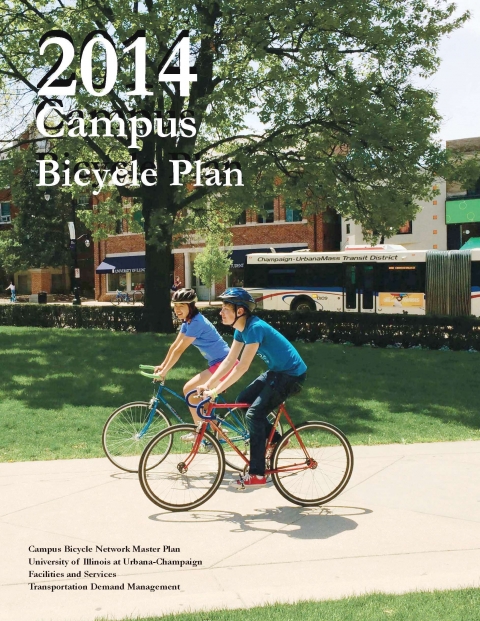