The world’s food, energy, and water systems are tightly connected. Sometimes, they work seamlessly together, but often they are competing for the same pool of resources, namely fresh water and clean energy.

In this Spring 2018 seed-funded project led by Bioengineering Professor Yuanhui Zhang, researchers from across campus will test a processing system that can deliver not only renewable energy, but also clean water and some bonus organic fertilizers for agriculture. Their design is meant to find synergies between water, food, and energy — where one category’s waste product could be another one’s ingredients.

“The U.S. produces an estimated 79 million dry tons of sustainably collectable livestock manure and food processing waste annually,” the researchers wrote. “We will demonstrate that this biowaste stream has the potential to be amplified via multi-cycle nutrient and wastewater reuse to 240-800 million tons of mixed algal-bacteria feedstocks that can be converted into 120-400 million tons of biocrude oil — equivalent to 12-40% of the total petroleum consumed annually in the U.S. — while also cleaning an estimated 7.9 billion tons of wastewater.” 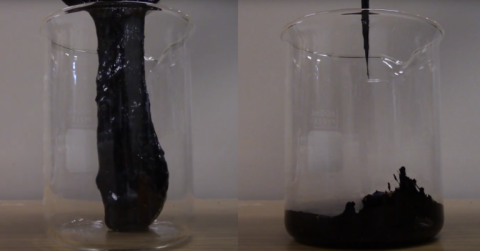