Pedestrian and Bicycle Counts (In Progress)

The Multimodal Corridor Enhancement (MCORE) project requires the Champaign-Urbana Urbanized Active Transportation Study (CUUATS) partners to monitor the pedestrian and bicycle counts following the completion of the project. This requirement is to understand the increased waking and bicycling activities at the twelve predetermined corridors. Champaign County Regional Planning Commission (CCRPC) collected pedestrian and cycling counts at these locations before the MCORE project. These twelve corridors/intersections are

The University has identified other locations on campus to add pedestrian/bicycle counters as well, other than these twelve MCORE corridors/intersections. In March 2020, the first Eco-Counter pedestrian and bicycle counter was installed at the Illini Union location on Green Street.

In summer 2021, the Eco-Counters for the intersections of Sixth Street and Armory Avenue and Wright Street and Healey Street will be installed.

Bicycle Counts at Armory and Sixth

View details for metric: Bicycle Counts at Armory and Sixth

Bicycle Counts at Green and Goodwin

View details for metric: Bicycle Counts at Green and Goodwin

Pedestrian Count at Green and Goodwin

View details for metric: Pedestrian Count at Green and Goodwin

Pedestrian Counts at Armory and Sixth

View details for metric: Pedestrian Counts at Armory and Sixth 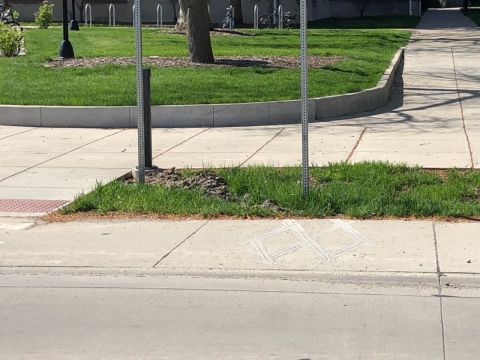 This map is interactive! Click (or touch) and drag to pan; scroll (or pinch) to zoom.